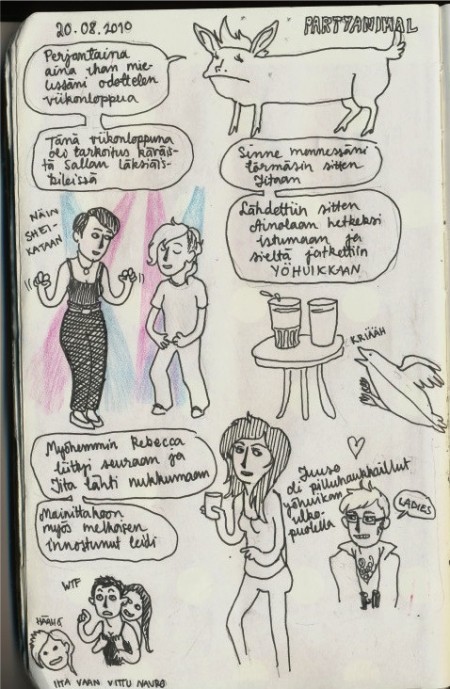 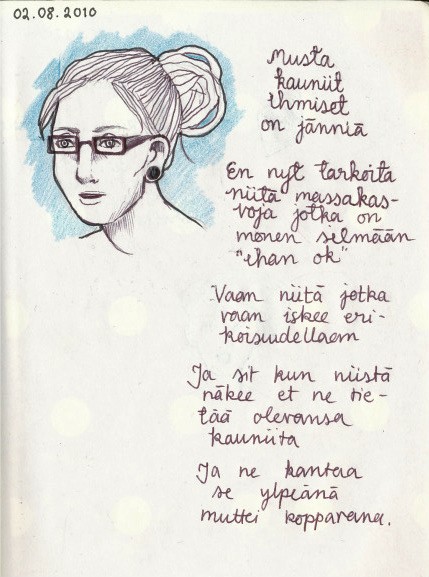 Beautiful people are intriguing / I don’t mean the ones that most people consider to look “nice” / But the ones that hit you with their special and interesting looks / And you can see that they know they’re beautiful / They are proud but not arrogant. 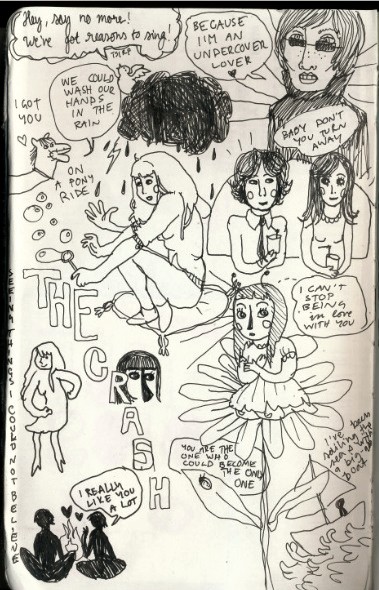 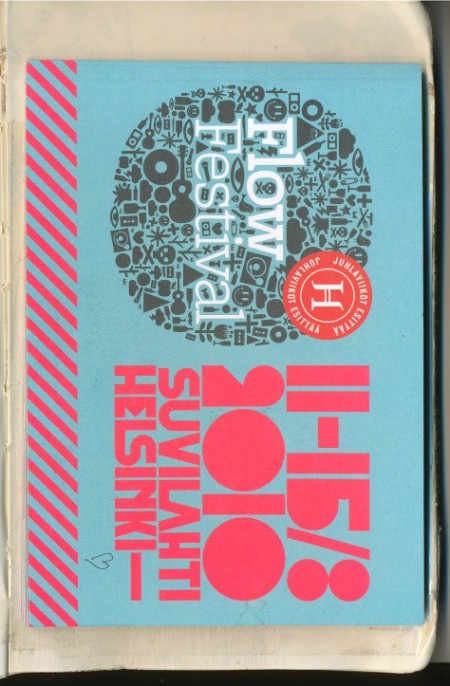 I FINALLY got to scan my new diary. I didn’t submit anything but it doesn’t mean I haven’t been drawing… So I’m going to post several entries now, translating if I feel like doing so. 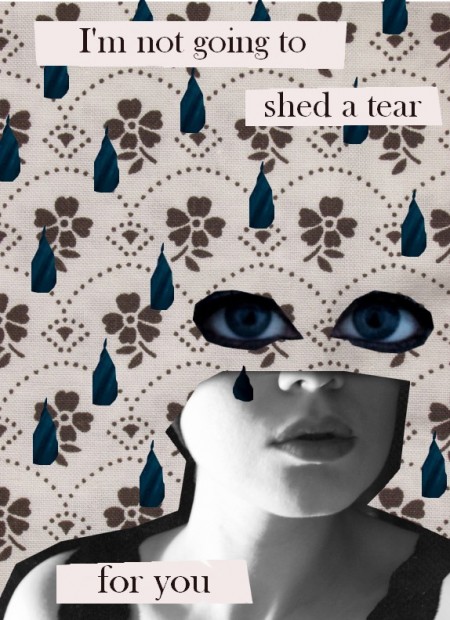 I’ve been so lazy lately, I’m sorry… So many things to draw about, plenty of time but no feeling. You know? I’ve got no feeling, not right now. I’m wishing it to be back soon. Can’t take this much longer. Do you know the feeling when you’re so happy in your dream that you don’t want to wake up / Last night I had one of those dreams. I was so happy, I had found my true soulmate / But nothing good last forever and so my soulmate died.  It was weird to wake up in the morning and feel sad because of it. Even if I knew it was just a dream. Tuesday was supposed to be the “school day” for me / [Phone:  Come eat some cake I have a birthday party???] / So that’s where it all went wrong /so soon  I caught a bus! / [This is how touch I looked that day] / I was treated like a princess, a vespa ride from the bus stop / It was nice, a warm day and we were out on the terrace / Later in the evening we played drinking game (lemon juice <3) / In some point people fell asleep / As you can imagine the morning was a whole new story